Tokyo's rush hour commutes are notorious worldwide. With the arrival of the COVID-19 pandemic, miraculously, the crowds disappeared from trains. People of Tokyo, while aware of the change as a response to the State of Emergency by the central government, were amazed by this disappearance of rush hour crowds. "It looks that it is possible after all!" Is the pandemic a blessing in disguise? Are we witnessing a historical inflection point for urban transportation?

With about 14 million residents, Tokyo is one of the world's largest mega metropolitans. With the commuter prefectures of Saitama, Chiba, and Kanagawa included, people in the Capital Region exceed 36 million. Before the COVID-19 pandemic, crowds converged on central Tokyo en masse during commuting hours; railway cars on lines connecting the suburbs and the city center were packed so tightly that people could barely move.

The situation was exactly as shown in the image above. This unbelievable sight was taken on the Yamanote Line platform at JR Shinjuku Station in June 2012. According to the Shinjuku Ward government, the average number of daily passengers using Shinjuku Station reached about 3.6 million in 2015. That's 3.6 million people, in one day! Crowding is a given. This foreboding and bizarre became known the world over.

However, in an effort to counter the COVID-19 pandemic, people have disappeared from city streets around the world. Many countries and cities have chosen to enforce lockdowns, but Japan, lacking laws with the necessary coercive force, had no option but to request citizens to refrain from unnecessary e and travels, make use of remote work, switch to distance learning, and so on. The Tokyo Metropolitan Government has repeatedly, and repeatedly again, called for the avoidance of the "Three Cs" (Closed spaces, Crowded places, and Close-contact settings). 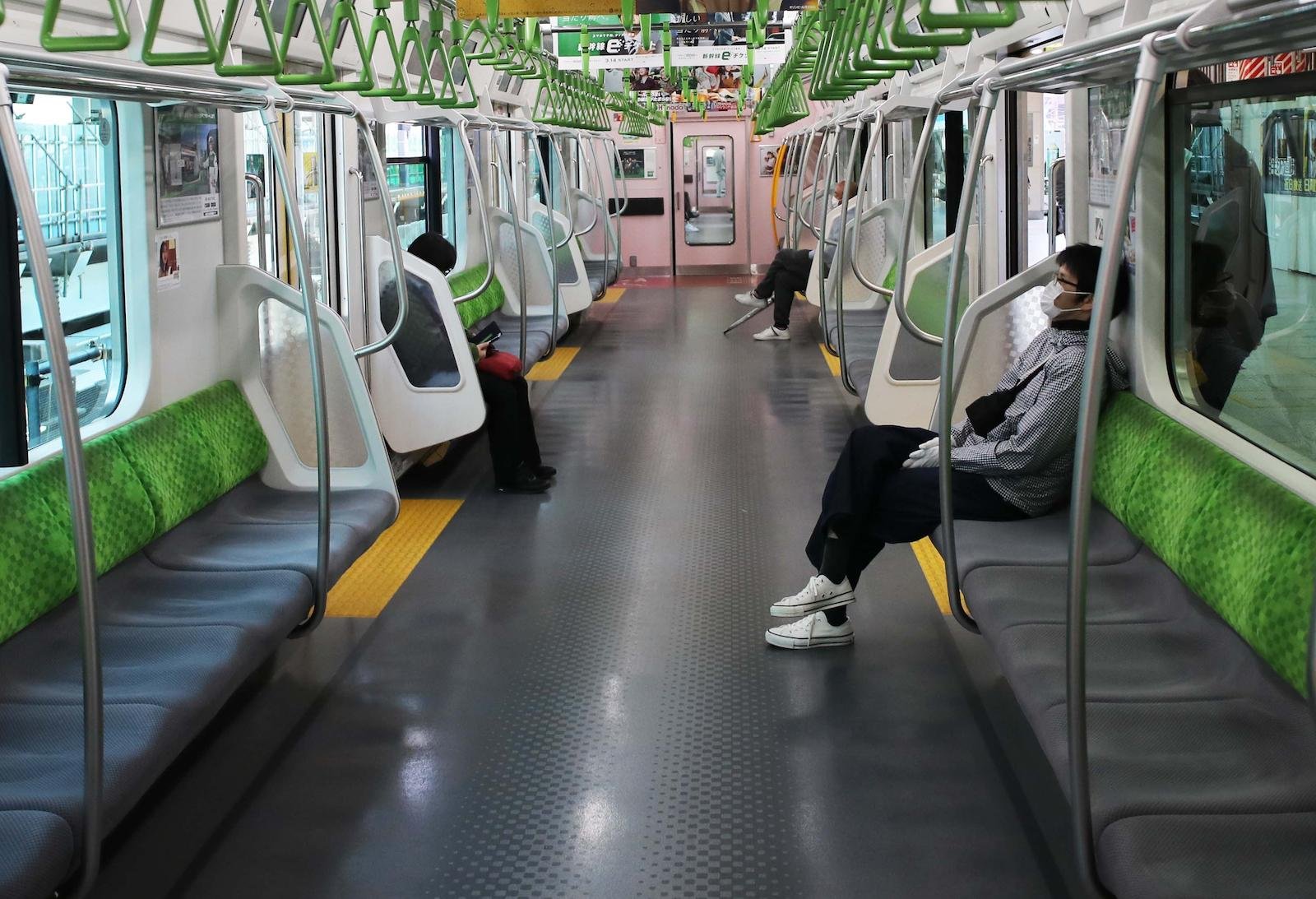 Image from April 2020, after the first declaration of a state of emergency in Tokyo. (Photo: AFLO)

Public transportation in Tokyo took on a whole new appearance. Going beyond off-peak commuting, telework and remote work took root all at once. Large corporates, in particular, it is now stable for implementation of these forms of work to exceed 50%. Interest is growing in coworking spaces, where people from companies work in the same spaces, with some companies providing subsidies for their usage. News of IT company engineers sharing houses in the mountains became commonplace, and some people took the bold step of tossing the city aside for life in the countryside. The Tokyo Metropolitan Government is also eagerly promoting and establishing telecommute through its.

The values people hold regarding work styles, and companies' approaches to how employees work, appear to have arrived at a major turning point.

And yet, the flow of crowds has returned to Tokyo. Commuter trains are packed once more, even under a state of emergency.

What will happen from here on out? Two scenarios appear.

(2) The situation goes back to what it was

The former case assumes that a social transformation movement will swell up after the pandemic is overcome. Many people, taking a closer look at themselves in terms of not only how they work but also how they live, will exclude undesired options from their lifestyle choices. I believe that "commuter rush hour hell" will head the list of candidates for this treatment. I further think that people will begin the task of making choices by scrutinizing every aspect of living in the city, working in the city, and driving the city.

This situation does not mean that cities will become empty. For many people experiencing unreasonable pain all at once, the option of enduring it and moving will fall away. People will surely continue to freely go about the city to meet with friends, head out with family, learn with colleagues, and, of course, devote themselves to jobs. Perhaps a lesson that we have learned from the pandemic is simply that options exist.

The second scenario remains as well. Once the pandemic has been overcome, people may easily return to their previous lives, and the Shinjuku Station platform may be reinvigorated. The chance of this happening is not small.

Where, then, is the watershed, the inflection point that divides forward from backward?

Regrettably, I do not have the answer. However, I believe that each one of us living and working in the city should start thinking about this now.

The government needs to act as well. In March 2021, the Tokyo Metropolitan Government formulated its Future Tokyo strategy and presented a vision and a strategy for the post-pandemic era. This introduces the Follow-up Project on the Vision for Tokyo as a City in the Wake of the COVID-19 Pandemic, a policy to further enhance Tokyo's urban functions. I invite you to read this and consider it together.

Creating the Future: The Long-Term Vision for Tokyo