What is the signage with bright, diverse typography, neon lights and Kanji or Katakana symbols in Japan? Once known, they become easy to identify and more comfortable to approach for foreigners.

Tokyo's abundance of signs makes it an easy-to-navigate city for locals, yet remains at times perplexing for visitors. What is that large cloth hanging in front of restaurant entrances? What does the signage with bright, diverse typography, neon lights and hourly rental pricing signify? It can be puzzling to see some of these unfamiliar and unusual signs and forms, but once known, they become easy to identify and more comfortable to approach. With these following icons, it is possible to avoid being lost in translation.

As a bright, red glow shines from a distance, you can be assured that casual, low-cost dining is near. This is an aka-chōchin, a Japanese red lantern that marks the location of an izakaya, a casual and often rambunctious restaurant known for it is cheap and friendly no-fuss dining.

The history of the izakaya began in the Edo period（17-19C), as a place for the more commonly-reserved Japanese to enjoy a lively atmosphere and became a popular place to excessively eat and drink together, known as nomikai. Due to how prominent these red lanterns are for these businesses, an izakaya is now even often referred to as aka-chōchin. Identifiable by its foldable bamboo-structure covered with Japanese washi paper or vinyl, an aka-chōchin features boldly-written black kanji or katakana that reflects the business or restaurant's name.

These red lanterns are commonly found grouped together and lined in a row, and impressively withstand unforgiving outdoor weather whilst remaining illuminated all night.

A noren is a hanging curtain textile that has come to be ubiquitous in Japan, typically found hanging outside of a store or restaurant yet are used generally for all types of businesses ranging from public baths to sushi and ramen restaurants.

Made from simple cloth or linen, these fabric shields are used to protect an entrance from outdoor elements such as dust, sun and wind, and often display a business logo or family crest. They also help to signify that the restaurant is open inside, and feature a prominent split that allows customers to glide straight through.

Japanese noren are thought to have originated during the Jomon period (BCE), and originally were used to protect households from any negative forces. However with changing traditions, they more commonly utilize the space for promotion and visual communication.

Suspended by the front door of a restaurant, find a curious brown ball made of fresh Japanese cedar branches tied together and clipped into a perfect sphere. This charming structure is known as a sugidama, or more colloquially as a "sake indicator." Commonly hung in breweries as a seasonal sign to announce the start of new sake pressing and signify the ageing of their sake, the sugidama ball is also now found suspended in front of restaurants, indicating that they serve local sake and that it has aged enough to be prime to consume.

Its history goes beyond just being a signpost, and initially was hung to signify gratitude to the sake gods and prayer for safety in sake production, prosperity of business, and prosperity of descendants. The custom originated in Mt. Miwa in Nara Prefecture, where their cedar trees were considered sacred and throughout the Edo period, cedar leaves were believed to prevent rotting of sake and were strung up as protective charms.

At first hanging, a sugidama ball is a fresh green color that changes with time and fall leaves to reveal an aged brown color. It is a great way to identify a restaurant serving local sake and to support regional production.

If it were not for the heat flames rising from the onsen hot water symbol, it would be hard to distinguish what is behind the blue and red curtains. Communal bathing culture is not common at all in urban cities in Australia, so a public bath is still a very foreign concept to many. However once familiar with the concept and process, it is easy to spot and feel more comfortable to enter.

As a curved symbol that can be likened to a u-turn, the sign "yu" in fact indicates a local public bathhouse (sento) or natural hot spring (onsen). The kanji 湯 (yu) and corresponding hiragana symbol ゆ (yu) simply means hot water in Japanese, signifying its facilities.

Communal bath houses have been popular since the Edo-era, where formerly it was common that homes were built without bathrooms. Communal bath houses soon became integral places for community gatherings, and businesses were commonly run by families upholding customs passed down through generations. The act of communal bathing also disassociated social distinction and broke down social barriers between people, known as hadaka no tsukiai (naked socialization).

Enter a bathhouse today, and they now feature saunas to jet baths, and on special occasions include citrus or herbs that are often placed in the water for health benefits.

It is a common summer scene: a soft summer breeze gently sways a flag with a curious kanji symbol often found hanging in front of shops, kiosks and even convenience stores. 氷 (kōri), meaning "ice" in Japanese, signifies the store serves kakigōri shaved ice, a sweet summer treat made from a block of ice that is shaved into flakes with flavoured syrup.

The flags, called kōri-hata (ice flags), are commonly found with the kanji symbol featured in red against a white backdrop with green chidori (plover birds) and ocean waves below representing coolness. The designs may vary slightly, yet are very easy to spot with their bright red and blue colors and are often found during summer matsuri festivals. Old historical records show that kakigōri dates back to the Heian period (9-12C), and is still to this day considered a delicious treat.

The kanji symbol for kakigōri is unfamiliar to many as the traditional shaved ice treat is also not so common in abroad. Rather, a slushie (frozen iced drink) is a popular summer treat or a classic flavoured ice block "Icy Pole" on a wooden stick. However the simplicity and diversity of kakigōri in Japan is what makes it such an exciting treat for visitors, with various flavors including inserted mochi and azuki beans.

As a stream of blue, red and white spins in a hypnotic rotation, this striped pole has come to signify a barbershop with traditional tools and techniques, and licensed to shave with straight-edged razors.

The tri-colored pole, known as a Barber's Pole, is usually positioned in front of the barbershop and is often illuminated from within alongside an internal electric mechanism that allows for its rotating form to attract attention and highlight salon services.

Whilst now ubiquitous in Japan, the Barber's Pole was in fact derived from America and Europe, with some historical references citing the colors being in reference to the US flag, or to the traditional medicinal practice of bloodletting. 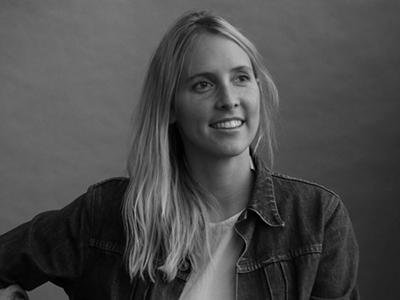 A writer and editor specializing in design and architecture. Joanna co-founded Ala Champ Magazine in 2009, and also leads Champ Creative, an international consultancy and special projects studio in fashion, business and design, whilst also regularly contributing to various international print and online media including Surface Magazine, Subsequence, Indesignlive and Habitusliving. She is focussed on innovation and technology whilst also exploring the origins of craftsmanship and tradition. Follow her on @joannakawecki @champ_magazine @champ_travel.
Photos: Billy Fischer & Joanna Kawecki