New York and Tokyo: Global Cities as Essential Hubs for Our Collective Future

Throughout history, cities have faced repeated pronouncements of their demise. Yet, as centers of soft power, cities adapt, persevere, and ultimately, reinvent themselves to thrive.

On August 24, 2020, in the dog days of the New York summer and at the peak of the COVID-19 pandemic, comedian Jerry Seinfeld wrote an op-ed for The New York Times titled "So You Think New York Is 'Dead' (It's not.)" The king is dead, long live the king! "Real, live, inspiring human energy exists when we coagulate together in crazy places like New York City," wrote Seinfeld. Cities change, "They mutate. They re-form. Because greatness is rare. And the true greatness that is New York City is beyond rare."

In fact, megacities around the world have been experiencing similar trends related not just to the novel coronavirus--climate change, natural disasters, population shifts, and transformations in business, infrastructure, and transportation will all shape the contours of the 21st century. New York City's own history--when and why it has been pronounced "dead" during the last century--is instructive in and of itself. Other megacities of consequence should take note and take heart, especially Tokyo, which will be under the microscope in a new way as it prepares to host the Olympic Games in today's unprecedented environment.

In the tensions of living in the present time, it's easy to forget New York City's long history of disaster, recovery, growth, and innovation--the 1918-19 influenza epidemic, the seasonal threat of polio, the scourge of HIV-AIDS, and the current pandemic, all define the city's history. In October 1975, New York City, America's largest and wealthiest city, narrowly averted bankruptcy. Refused rescue by the federal government and President Gerald Ford, the city was saved only through the beneficence of the city's own Teacher's Retirement System pension fund, which made up a $150 million shortfall. The next day, the Daily News headline shouted "Ford to City: Drop Dead." We survived, and we thrived! Then there was 9/11, 20 years ago this September, when the U.S. rallied around the city. New Yorkers cheered as heavy equipment driven from across America arrived to help clear the devastation, and were joined by the entire nation in mourning those who were lost. Along came the 2008 financial crisis, sounding another death knell for New York. Today, we know from past history that what has closed will reopen, or be reborn in a different form. And we'll be here to celebrate.

Like Tokyo, London, or Paris, New York is a global center for arts and culture, a place where diverse creative arts flourish and inspire people in close proximity, where there is always space for tradition and innovation, and a place, too, for those who come for entertainment. But whether in Japan, Europe, or America, whether in the arts, innovation, or civil society, the soft power of a global city is so much more than the sum of its parts. It is a treasure trove of history, a platform for the future, a home for diversity, and an incubator for social change.

What is soft power and why do we need it? The term "soft power" was crafted by Harvard political scientist Joseph Nye in the 1980s, and is now widely used in a foreign policy context. As a 2004 Foreign Affairs review of Nye's book, Soft Power; The Means to Success in World Politics noted: "Nye argues that successful states need both hard and soft power--the ability to coerce others as well as the ability to shape their long-term attitudes and preferences... But overall, Nye's message is that U.S. security hinges as much on winning hearts and minds as it does on winning wars."

Almost two decades later, soft power--the cultural, intellectual, and social bonds that bring diverse countries and societies together for mutual understanding--has become a critical component of American foreign policy. This is especially important for the U.S.-Japan alliance, as most recently evidenced by Hideki Matsuyama's thrilling Masters Tournament win and President Biden hosting Prime Minister Yoshihide Suga as the first head of state to visit the White House during his tenure. As I've written before, based on my experience from the State Department, "innovative and entrepreneurial partnerships based on shared objectives--economic growth, stability, and more--will be the engine for increased security and prosperity." In other words, the future of diplomacy will not only be national, but subnational, where megacities like Tokyo and New York will shape their own destinies based on the partnerships that their leaders--political, business, and civil--can forge together in the best interests of their constituents.

As the President and CEO of Japan Society, my work is to take the Society's mission into its second century, to be the deep connection, or kizuna, that brings the United States and Japan together through its peoples, cultures, businesses, and societies. From our New York headquarters, which opened to the public 50 years ago, we are looking toward the next half century knowing that we will be defined not so much by our now-landmarked building but by our digital and ideational impact. Our future can only be enhanced by continuing to exchange with our friends in Tokyo and beyond.

Long before soft power was defined, in the radical days of 1960s New York, Japan Society supported international exchange in the arts between Japan and the U.S. through fellowships and grants to Japanese artists and students, among them Yayoi Kusama, Yutaka Matsuzawa (Radicalism in the Wilderness: Japanese Artists in the Global 1960s), Shiko Munakata (Improvisation in Wood: Kawamata x Munakata, fall/winter 2021), and many others who made history in the arts in both the U.S. and Japan. Now, performing arts commissions and gallery exhibitions at Japan Society build on and evolve U.S.-Japan cultural exchange even as Japanese traditional and contemporary artists have been mainstreamed into New York's major cultural institutions. Our work continues--in arts and culture, education, business, and civil society.

Even as the COVID pandemic recedes through continued social distancing practices and increasing vaccinations, the changes it has wrought on the ways we work and communicate are here to stay. Remote work, flexible schedules, and collaboration and connectivity across time zones all predate the pandemic but were scaled up at a rate that was previously unimaginable. While physical borders closed to travelers, virtual ones opened --and technology has allowed us to engage and convene with those near and far like never before.

We at Japan Society are committed to finding new connections and building new bridges outside of New York City, starting with Tokyo and then the rest of the world. Our 37 other Japan-America sister societies across the United States have much to offer even as New York remains an essential global stage and financial platform. Partnerships will ultimately define the future of which global hubs thrive and where populations gravitate post-COVID. As we continue our mission for the future of the world, and for the U.S.-Japan alliance, I'm incredibly optimistic for Japan Society and for New York City's long-term evolution. 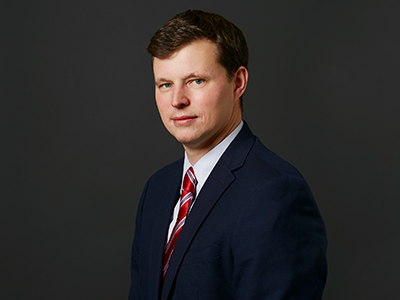 Joshua W. Walker is President & CEO of Japan Society, the leading U.S. non-profit organization dedicated to fostering deep, meaningful connection and exchange between the United States and Japan. He has held positions of leadership at Eurasia Group, the USA Pavilion of the 2017 World Expo, the APCO Institute and APCO Worldwide. He has served in the State Department and the Defense Department; is a Senior Fellow at the Center for the Study of the Presidency and Congress; co-founded the Yale Journal of International Affairs; and attended the University of Richmond, Yale and Princeton Universities. Follow him at @drjwalk and Japan Society at @japansociety.