Japan's Path to Net Zero Greenhouse Gas Emissions by 2050: "The Next Decade will Determine if We Succeed" (Part 2)

The real challenge begins in the industrial sector, and the next 10 years will determine if we succeed 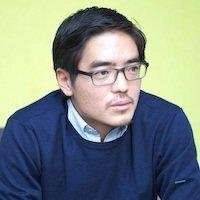 Japan's announcement of its aim to achieve net zero CO2 emissions by 2050 is wonderful news for the planet as well as for Japanese companies that will benefit from ambitious action on climate change. Investors are looking out for concrete policies in the near future that will facilitate Japan's smooth transition to a carbon-free economy, starting with our revised energy and greenhouse gas emission reduction targets for 2030.

With Japan on the path to carbon neutrality, the three largest Asian economies of Japan, China, and South Korea have now set clear targets for achieving net zero emissions by the middle of the 21st century or earlier. This sends an important signal to the rest of the world. As the policies of our trading partners and supply chain demands align themselves with the collective target of net zero emissions, companies and other Asian countries that fail to keep up by adopting the necessary climate change measures will suffer a competitive disadvantage. The decarbonization efforts of our partner countries will also be key to the diversification of supply chains.

The fact that the government has finally advocated decarbonization as Japan's growth strategy shows that it has finally started to position itself to meet the expectations of the industrial sector, capital markets, and the international community for Japan. However, the real challenge will begin once the long-term goals are in place. Given that our medium-term goal would be to halve our current levels of CO2 emissions by 2030 in order to achieve our eventual goal of zero emissions by 2050, the next ten years will determine if we succeed. While there are countless measures that can be adopted, I hope to see extensive consultation with various stakeholders, including civil society and our youths, so that we can chart a clear path forward.

Creating a system for the financial sector to embrace carbon neutrality, and high expectations for companies to innovate 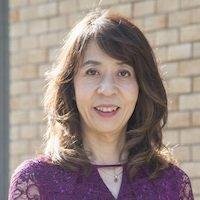 In the developed world, Europe has already taken a major step towards transitioning to a carbon-free economy. The private sector and local governments in the U.S., as well as the Chinese government, are also been actively working on this issue. Prime Minister Suga's declaration in his policy speech can be construed as a commitment to Japan and the rest of the world that will be decisive for our country's transition to a carbon-free economy. In particular, the fact that he made this declaration prior to the U.S. presidential election outcome has tremendous global significance in that it signals Japan's unwavering intent on this issue regardless of the outcome of the election.

In the case of financial institutions, the rapid elimination of stranded assets (i.e., assets whose prices may fall substantially due to drastic changes in prevailing market conditions or the social environment) as a means of risk management is simultaneously a sign that these funds will be channeled to the market for clean energy and industries involved in the reduction of greenhouse gas emissions. ESG investment is focused on addressing climate change, and this is prevalent in the equity market. At the same time, the European Central Bank (ECB) is purchasing green bonds issued by companies, while sizable capital continues to flow into businesses involved in tackling climate change in the form of green government bonds and green and sustainability-linked loans. Climate change has had a huge impact on financial markets, a trend that is likely to emerge in Japan as well. The Mitsubishi UFJ Financial Group has also set a target of providing 20 trillion yen in sustainable finance by 2030, which will further accelerate the pace at which climate finance gains traction.

In order for Japan to achieve a "Green Recovery" and revive our economy, it is necessary to implement concrete policies such as deregulation and the injection of public funding to make it easier for the financial sector to move forward. Carbon pricing (setting a price on CO2 emissions) is another important strategy. There needs to be a mechanism for the proper valuation of assets in place so that the financial sector can transition to its expected role within a carbon-free economy. The U.S. and Europe have gathered data on how CO2 emissions should be priced, and their financial institutions have prior experience in calculating asset value. However, this is not the case in Japan, which makes it impossible to accurately determine the actual value of Japanese companies.

What I am especially interested in seeing is our proposed energy mix that will be decided in two years' time, specific transition scenarios, and the industrial structure that we envision for 2050. In particular, I hope we can successfully decarbonize the private power generating capabilities of industries and establish a decentralized energy supply and demand structure that caters to Japan's declining birthrate and aging population.

Japan has not been hit as hard by COVID-19 as some other developed countries, and we have an excellent ability to bounce back from catastrophic disasters. However, we are lacking in resources. In that sense, I believe that Japan can become a model for the rest of the world in terms of how a country like us can transition to a carbon-free society. This would allow us to be an independent and resilient country, a model that many Asian countries are looking for. Japanese companies have overcome many challenges in the past and rebuilt our economy each time. I have high expectations that Japanese companies will continue to innovate and transform Japan into such model country.

Environmental writer and journalist. Director of the NPO "Solar Bear Foundation."
Yayoi Minowa was born in downtown Tokyo and graduated from Rikkyo University. After working at an advertising agency, she became a freelance marketing planner. Her interest in sustainable businesses and social initiatives, as well as her passion for the ecosystem, led her to shift her professional focus to the environment. She has written and edited a wide range of articles and books on the environment, with an emphasis on renewable energy and sustainable lifestyles. Books she has authored include Towards a Paradigm Shift in Energy: The Basics of Energy Conservation and Energy Efficiency, Recommendations for an Ecological Life (Asuka-shinsha), Let's Embrace LOHAS! (Sony Magazines), etc. She stays in an eco-house that makes the most of rainwater, solar power, and natural materials.