The story of a talented young man's journey from self-doubt to founding his own tech business in Tokyo.

After graduating from school, many people find a job and live paycheck to paycheck. But there are those who turn their backs on such a life and take on the risk of starting their own business.

Kent Kajitani, who launched MESON, Inc. with augmented reality (AR) technology1, is one such person. AR refers to technologies that embed different expressions into the world viewed through digital devices. In March 2021, collaborating with MLIT (the Ministry of Land, Infrastructure, Transport and Tourism of Japan) and advertising agency Hakuhodo DY Holdings Inc., MESON began a proof-of-concept experiment involving the superimposition of digital data on the real-world area of Shibuya, the equivalent of a mecca for youth and pop-culture in Tokyo. The experiment allowed pedestrians walking in Shibuya and people elsewhere to communicate and see each other, sightseeing and shopping together in the city.

1 Augmented reality, or AR, refers to technologies that show digital data superimposed over real-world scenes. As an example of the application of AR technologies, players of one popular game see and "capture" monsters that appear within real-life scenery viewed through a smartphone camera. In manufacturing, some workers wear glasses equipped with cameras and perform tasks based on information projected onto the lenses.

Kajitani grew up influenced by his father, who worked at a trading company then started his own business, and his mother, who was a freelance aerobics instructor since the 1980s. This spurred in him a sense that it is more exciting to make his own life decisions, and a sense of independence to achieve that. He has been active in the tech industry since he was in college, and after graduating, he was engaged in the consulting business, broadening his horizons while working in India, the US, and traveling the world.

We spoke with Kajitani about the future and the hopes that AR technology promises, and about his story of entrepreneurship.

AR liberates the constraints of life

── How will the AR technology that MESON seeks to implement in society change our lifestyles?

People will be able to achieve lifestyles free from a number of constraints. We'll be able to lead urban lifestyles that are richer than ever once AR becomes widespread, thanks to technology that gets to the root of how we live and work. For example, people will be able to enjoy sightseeing and shopping with others far away, like the services we're developing services at MESON. Here in Tokyo, I can have fun in Shibuya with my friends being overseas, or spend time at home with them, or work together as if our desks were side by side.

Don't you think that will spur a change in the concept of being a "Tokyo citizen"? There will be a lot of people who don't actually live in Tokyo but who virtually work, live, and play in the city. I am really interested in how Tokyo will embrace the inclusion of these people.

I also think that identities will change as constraints disappear. One identity is gender identity, which involves mental and physical sides that cannot be separated. Using AR technology, people will be able to take on different challenges without being constrained by their physical traits. In terms of the example I just gave, if a person's gender identity is male, the person can engage in job hunting or even romance using a (a personal representation set in virtual space), even if his biological sex is female.

── What experiences did you gain from living abroad?

Going overseas, I lost sight of myself for a time. When I was a student, I worked for a fashion technology company called VASILY (now ZOZO Technologies) and people said I was talented. I thought I was making some impact; for example, when I was a senior in college, I co-authored and published a book with Hiroki Kanayama, the founder of VASILY.

I then went to India and the US to do hands-on training, and that's where I saw that my activities in Japan were really those of "the frog in the well" (Chinese idiom that refers to a narrow-minded person who thinks the bottom of a well is the entire world and not knowing how vast the real world is) who knows nothing of the "sea." There were so many talented people overseas who were better than me.

For a time, this experience caused me to lose sight of myself to the point of losing my identity. The gap with my self-perception was so great that I lost self-esteem. It was a really painful experience, but I started up a dialog with myself to get back on my feet. A Japanese novelist, Natsume Sōseki's essay "My Individualism" served as my starting point.

"Born into this world, I have to do something, but I have no idea what I should do. I stood frozen like a solitary human being trapped in fog." (From Natsume Sōseki's "My Individualism")

Sōseki was pampered by the Japanese literary world, but in London, he felt his own smallness and fell into neurosis. He was able to regain his footing through the concept of egotism. This refers to a person, when making some sort of decision, doing so on the basis of the person's own perspective, not in relation to others or relying on the standards of others.

I have lots of great memories from overseas, but I feel that who I am today was formed in part through this tough experience.

── What led you to choose Tokyo instead of somewhere overseas as the place to start a business?

The reason was frustration. During my time studying in the US, Japan was generally ridiculed. For example, when I would talk to someone I just met at a startup event and responded to their question of where I came from, the reaction I'd get was either indifference or sneer. The former really had an indifferent "oh, ok," and the latter felt like "Japan's down on its luck" or "it used to be something special, didn't it."

That's frustrating. Japan hasn't been able to create a global company since the proliferation of the Internet, so I couldn't say anything in response.

I wanted to surprise the world with Japanese technology, so I started a business in Tokyo. The name "MESON" is from a particle in the theories of Dr. Hideki Yukawa, who won the Nobel Prize in Physics. It encompasses a meaning of regaining respect through technology from Japan and Tokyo.

── Does Tokyo differ from other cities in its environment for entrepreneurship?

Objectively speaking, I think Tokyo is an easy place to start a business. I thought the US west coast (San Francisco or Silicon Valley) or fast-growing India would be the place to start a business, so I studied in these countries and helped out startups there. The only conclusion I gained from this was that the grass looks greener on the other side.

I felt the US is more of a place to scale up a business than a place to start one. Unless you've graduated from a US university and had connections, it's a very tough environment for starting a business from scratch. You have to get to know people and raise funds to start a business but getting inside that circle was extremely difficult. The costs of living and working were all high, yet it was a village society. However, I think it's a great place as a country for all-out scaling of a business after creating a solid foothold overseas.

India, being fast-growing, is another attractive market. However, India's regions are so distinctly different that even Indians experience culture shock when traveling in the country. Local diversity wonderful, but seen from the other side, I felt that as an environment for a foreigner starting a business from scratch, the barriers in India were too high.

Tokyo is a city where the absolute number of startups is low, though it has increased. That means there will be few startups working in a given genre, which means there will be less competition. There are almost no companies developing services in the area of AR that MESON addresses. The people here in Tokyo are very talented - there aren't many cities out there with so many globally competent people.

── Looking ahead, what do you expect from Tokyo?

How to attract global talents. This is a challenge not only in Tokyo but in Japan overall. A lot of talented foreigners struggle to get a Japanese visa.

Lately, there's an interesting leader in the US. Francis Suarez, the mayor of Miami, Florida, is wooing venture capital (VC) firms and startups on Twitter. When someone in a VC tweets about a struggle or a challenge, Mayor Suarez replies if there's anything he can do to help. This is indicating that Miami can solve the problem. The result is that a lot of tech companies and VCs dealing with challenges are moving to Miami. The phenomenon has even grown into a joke that if you get followed by the mayor of Miami, you have to go there.

Japan is a country where access to global VCs is hard, which is a challenge for entrepreneurship and international finance. If access to global VCs from Tokyo becomes easier, the situation will change considerably. I hope that the higher-ups in the Tokyo municipal government, too, will actively woo businesses. 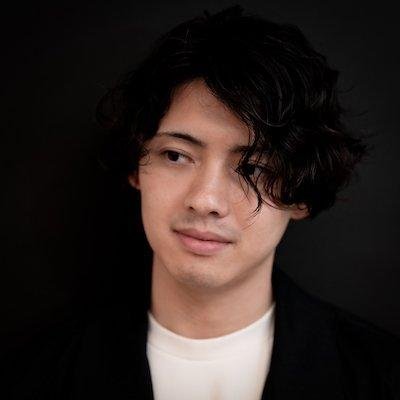 Representative Director and CEO of MESON. Kent Kajitani collaborates with partner companies on joint research into services that use spatial computing technology such as AR. After engaging in service design (promotion of business through design thinking) and growth hacks (supporting the rapid growth of services) for startups in Japan, India, and the US, he founded MESON, Inc. He is co-author of the book "Fundamental Textbook of Growth Hacking".

Interviewed and written by Asuka Kawanabe