Lighting the Olympic Flame with Hydrogen - Tokyo's Message for the Future

In October 2020, the Japanese government officially announced its plan to achieve carbon neutrality by 2050. It set out a "Green Growth Strategy" comprising concrete measures that prioritize the adoption of hydrogen, which does not result in the emission of carbon dioxide. Lighting the Olympic torch for the Olympic and Paralympic Games Tokyo 2020 with hydrogen not only symbolizes the country's determination to work towards its goal of building a hydrogen-based society, but also serves as a message that Tokyo hopes to send to the rest of the world.

Japan is one of the world's leading countries in hydrogen utilization technology.

After being postponed for a year due to the COVID-19 pandemic, the Olympic and Paralympic Games Tokyo 2020 ("Tokyo 2020") is finally taking place. The opening ceremony on July 23rd, 2021, will feature the lighting of the Olympic torch with hydrogen for the first time in the history of the Games, a headline worthy achievement.

In addition to lighting the Olympic torch, Tokyo 2020 is also experimenting with the use of hydrogen in a number of other ways, including the installation of hydrogen-powered fuel cells in some parts of the Olympic and Paralympic Village for lighting and air conditioning, as well as the use of hydrogen-powered convention vehicles. After the Games, the Olympic and Paralympic Village will be converted into "HARUMI FLAG," the first residential complex in Japan to be the full-scale robust set of hydrogen infrastructure that would enshrine Tokyo 2020's legacy as the first Games to utilize hydrogen so extensively.

Japan has a long history of conducting hydrogen research dating back around half a century ago to the 1970s. The two oil crises that had occurred then drew the country's attention to the potential of hydrogen as an alternative energy source to oil alongside solar power and wind power, which gave rise to heavy research on this subject. According to Prof. Kazunari Sasaki, Director of the International Research Center for Hydrogen Energy at Kyushu University, Japan is considered to be in a "rather dominant position" among countries in the world in the development of hydrogen utilization technology.

"Of course, Europe and the United States are conducting research on hydrogen technology as well, but the issue of energy self-sufficiency has always been a preoccupation of Japan. We have been running this marathon for the last 50 years, which has enabled us to stay ahead of the curve in terms of our technological development on this front."

For a long time, hydrogen energy research conducted in Japan has focused on the development of fuel cells. As a country with limited energy resources, it was imperative for Japan to optimize its energy efficiency as much as possible. The use of fuel cells would allow the country to achieve over 90% overall efficiency in its electricity and thermal power supply, a goal that has motivated Japan to continue refining its existing technologies that utilize hydrogen. However, Prof. Sasaki points out that the stakes are now higher when it comes to harnessing the potential of hydrogen, a trend that can be attributed to the global movement aimed at creating a carbon-free society.

"It is certainly important to utilize renewable energy for power generation if we wish to create a carbon-free society.

However, power generation actually accounts for only 40% to 50% of carbon dioxide emissions in Japan. This means that we will not be able to go carbon-free by simply generating power from renewable energy sources. We also need to tackle the issues of fuel and raw materials, which account for the remaining 50-plus percent of our emissions."

One straightforward example of the issue of fuel is cars. Electric cars powered by electricity derived from renewable energy sources have become a viable alternative to gasoline-powered cars. However, one disadvantage of electric cars is that it takes over an hour for them to be fully charged. Cars powered by hydrogen fuel cells, on the other hand, take only three minutes to be fully charged and have a longer mileage. Given that many buses and trucks travel over long distances, the transition to hydrogen-based vehicles has become a vital aspect of this carbon-free vision.

Prof. Sasaki explains that the issue of raw materials is one that is even more difficult to grapple with.

"A lot of carbon dioxide is emitted from raw materials during the process of manufacturing steel, chemical products, and cement. Unfortunately, it is impossible to transform electric power directly into chemical products in the absence of other chemical substances, which is also the reason why there is now a greater focus on hydrogen around the world.

Needless to say, there are some issues that need to be addressed for a hydrogen-based society to be possible in practice.

One issue that is often mentioned is cost. The second-generation model of MIRAI, Toyota's hydrogen fuel-cell car, was launched at the end of 2020 with a hefty price tag that starts at 7.1 million yen. However, Prof. Sasaki points out that, in some sense, it is quite normal for new technology to be expensive. "Of course, it would be cheaper to make cars that run on fossil fuels and emit a large volume of carbon dioxide. But as the market expands and our mass production technology becomes more refined, this issue will be eventually resolved," he explains.

Another issue often raised is that there are fewer hydrogen stations for the refueling of hydrogen gas as compared to charging stations for electric cars, but this is also a misunderstanding in Prof. Sasaki's view.

"Hydrogen cars can be refueled in a much shorter time than the time it takes to charge electric cars, and hydrogen cars can travel over longer distances as well. This means that there is no need for as many hydrogen stations as there are charging stations for electric cars in the first place. The Japanese government has planned to build 160 hydrogen stations across the country by 2020 and 1,000 by 2030, and we are hitting our targets so far. In fact, the reason this transition is taking so long is because of the slow adoption of hydrogen technology itself as it has only been six and a half years since hydrogen cars were first sold to the public in December 2014. New use cases of hydrogen are gradually emerging, and I believe that we are entering a phase that will see the applications of hydrogen expand dramatically over the next several years."

In addition to these issues of cost and infrastructure, another important consideration is how hydrogen itself is produced. Generally, hydrogen that is produced from fossil fuels is called "gray hydrogen," while hydrogen produced from renewable energy sources is called "green hydrogen." Hydrogen that is produced in combination with carbon capture technology (which captures carbon dioxide emitted during the extraction of hydrogen from fossil fuels) is called "blue hydrogen." The problem is that while producing gray hydrogen defeats the whole purpose of utilizing hydrogen technology in the first place, pursuing green and blue hydrogen is a costly enterprise.

"Japan is at a disadvantage in this respect. Surplus renewable energy can be handled in a flexible manner across national borders in Europe, but this is not possible in an island nation like Japan. We also lack the vast land area that the U.S. has for setting up solar panels, and we experience typhoons that interfere with the offshore generation of wind power. While it is possible for us to import hydrogen produced from renewable energy sources or hydrogen carriers (chemical substances containing hydrogen) from overseas, this would only replace our fossil fuel resources with hydrogen without actually addressing the core issue of our reliance on oversea energy sources."

Prof. Sasaki points out that in order to tackle this problem, Japan is not only importing hydrogen from overseas but also aiming to create an economically sustainable hydrogen-based society through the development of technologies that are in line with the principle of local production of energy for local consumption in Kyushu, Tohoku, and Hokkaido, and other regions where renewable energy is relatively abundant.

Although Japan has been one of the world's leading countries in the development of hydrogen technology, many countries around the world are now actively gravitating towards the practical applications of hydrogen, including South Korea and China in Asia, and Germany in Europe. Prof. Sasaki believes that the next few years will determine if Japan can make the most of its first-mover advantage.

"It is often said that Japan's problem is that we always win in technological development but lose on the commercial front. This was the case with solar cells as well. Japan was a dominant force in the technological development of solar cells for the longest time, but when it was time to turn them into a business, we lost the market to other countries that had invested intensively and refined their mass production technology. Both the government and us have learned from this and are determined not to repeat our mistake with hydrogen. For instance, the Green Innovation Fund managed by the New Energy and Industrial Technology Development Organization (NEDO) was set up not just to promote technological development but also to position Japan as an integrated hub for investment and doing business as well."

At the end of the day, building a hydrogen-based society and a carbon-free society is not something that can be accomplished overnight, and it is essential for us to collaborate on a global scale. Prof. Sasaki hopes that Tokyo 2020 will play a major role in building the momentum required for this transition.

"With a population of nearly 40 million people, there are very few metropolitan areas in the world similar to the Tokyo metropolitan area. If Tokyo can take the lead on this issue, we will create a huge impact around the world. I hope that many people around the world will get to learn more about the potential of hydrogen through Tokyo 2020. I believe that Tokyo has a much greater potential and presence in the world than what the people of Tokyo imagine."

Born in 1965. Received his Ph.D. Degree from the Swiss Federal Institute of Technology in 1993. Became a Guest Researcher for the Max-Planck-Institute for Solid State Research in Germany in 1995, then the Associate Professor of Interdisciplinary Graduate School of Engineering Sciences, Kyushu University in 1999. Became the Professor of Faculty of Engineering in 2005. Currently a Senior Vice President of Kyushu University, Director of the Next-Generation Fuel Cell Research Center, and Director of the International Research Center for Hydrogen Energy. Sasaki's research areas are materials and electrochemical processes of fuel cells and related devices, and leads Kyushu University's "Hydrogen Project."
Text: Atsuo Suzuki, Translation: Vincent Gan 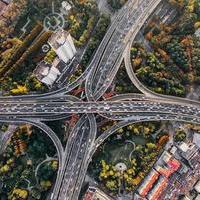 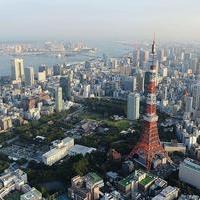 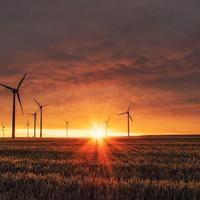 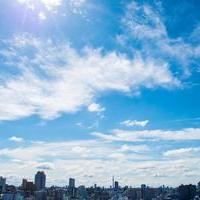