A Worldly Experience for your Tongue. Japanese Cuisine at the Olympic and Paralympic village - Hiromitsu Nozaki from Waketokuyama

The Tokyo 2020 Olympic and Paralympic Games are finally underway. Food is an absolute necessity for the athletes coming from all over the world. The Menu Advisory Committee is in charge of promoting Japanese food culture in the Olympic and Paralympic village, and provides advice for the menus helping athletes maintain their best condition and achieve success in the Games.

Hiromitsu Nozaki, head chef at Waketokuyama in Minami-Azabu, an upscaled district in central Tokyo, is in charge of Japanese cuisine (washoku) at the Committee. At the request of Shigeo Nagashima (former Japanese professional baseball player and manager), Nozaki served as the executive chef for the Japanese National Baseball Team at the Athens Olympics in 2004, and has deep connections with the Olympics and Paralympics.

Washoku is inspired by the World

The event this year is to be held amid the COVID-19 pandemic. "The world right now has little freedom. I used to think that reveling in the fruits of our world was a piece of our freedom" says Mr. Nozaki. "We have been too blessed, particularly we in the post-war age. We may have mistaken this for freedom."

Regardless, our forefathers have continued to pass down the torch in the face of exceptional circumstances. For washoku, he says, this torch is the art of freedom in adjustment. "We are a culture that has been using chopsticks since the Heian period(8-12c). We can adjust the food, from the seasoning to how we eat to our liking with chopsticks. That is the best part of Japanese food, our national cuisine: everyone can freely adjust it to their own taste."

He states that washoku is actually adapted from foreign cuisines. "Tempura (Japanese fried seafood and vegetables), nanbanzuke (marinated fried fish), ganmodoki (tofu fritter), etc., all came from foreign countries, and were recreated in Japanese style. Chili peppers, peppers, and other seasonings commonly used in washoku are from abroad as well. When I go to South Korea or China, I often say, 'I am not here to teach washoku, but to return the favor.' It is thanks to foreign cultures that we have washoku, so I hope that people from all over the world can use our cuisine as a means of communication at the international melting pot that the Olympics and Paralympics are."

Pleasure to the mouth, experience for the heart

The Olympic and Paralympic village dining serves as many as 45,000 meals a day. Nozaki says that his goal is to create the world's most delicious Olympic and Paralympic village cuisine. "Things are different from when Nobuo Murakami, the former head chef at the Imperial Hotel Tokyo, was in charge of dining at the Tokyo Olympics, in 1964. Modern logistics are systematized, and there are halal regulations. For example, now you can preserve ingredients like meat in ways you couldn't in the past."

"At the Olympic and Paralympic Village dining, we serve dishes that incorporate the best and most delicious aspects of cuisine around the world. With the COVID-19 pandemic, it is disappointingly difficult for athletes to communicate with other athletes. It is a little sad that they cannot have a conversation over the cuisine of their respective countries. But such an opportunity of gathering all of the world's cuisine together in one place is so rare, and I hope the athletes have a chance to enjoy food from all over the world in addition to food from Japan."

Nozaki believes in the importance of experience, and hopes that enjoying meals at the Olympic and Paralympic village dining will become a valuable experience. "I believe experiences move people, regardless of where in the world they are from. The same can be said about food, for example, you wouldn't know why ginger is added to sardine and mackerel stew if you hadn't experienced it. We convince ourselves that we know something through knowing information, but only when we experience it, we can actually understand. I would like the athletes to actually experience and be moved by the cuisine of the world at the Olympic and Paralympic village."

Born in Fukushima Prefecture. After graduating from the Musashino Nutrition College, he began working for the Tokyo Grand Hotel (Japanese Cuisine Department). After five years of training, he moved to Happo-en. In 1980, he became the head chef of Tokuyama, a blowfish restaurant in Nishi-Azabu, Minato-ku, Tokyo. In 1989, he opened Waketokuyama, the Japanese restaurant, in Nishi-Azabu, and became head chef. In 2004, he moved the restaurant to Minami-Azabu. At present, he oversees five restaurants including the main Minami-Azabu restaurant, as well as those in Isetan Shinjuku (Shinjuku-ku, Tokyo), Tokuyama (Minato-ku, Tokyo), and other group restaurants as head chef.
Interview and written by Kurumi Fukutsu, Photographer: Keita Takahashi 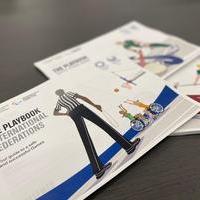 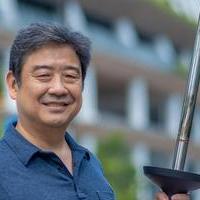 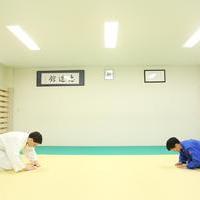