This article is a transcription of a speech given by Ross Rowbury, at TMC Talks held by the Tokyo Media Center (TMC) on July 23. Watch the full movie here.

Thank you very much for the introduction and Good Afternoon everyone and for those who have traveled very far to Tokyo to join us today and for the Olympics. Welcome to Tokyo and I certainly hope that you will enjoy your time in the city.

I have been living in Tokyo now for forty years and I think it is one of the most fascinating cities in the world.

When I arrived in Tokyo in 1979, it was just a few months after the Narita Airport had been newly opened.

It was a very different city to what it is now and when I was asked to do this talk I thought what can I tell people about the changes that occurred over these four decades.

There have been a lot of cosmetic changes, we have taller buildings in Tokyo now. Roads are certainly much better than they were forty years ago, but I think the soul of the city is really in the people that live in this city so I have chosen this topic for my talk today.

About the increasing diversity that we are beginning to see here in Tokyo.

When I first came to Tokyo as a high school student there were not too many non-Japanese people walking the streets of Tokyo in those days. So as I walked around the city I could see elementary school children delight in yelling out "hello" to me.

If I went shopping, it was quite rare that a shop assistant would approach me and they tend to stay away because they thought that they might have to speak English with me.

I remember my high school friends who many had no experience of having traveled overseas would ask me questions, like, "do you have electricity in Australia?" and "do you have supermarkets in Australia?" and that obviously came from a lack of knowledge. I was able to get my own back because I told them, that in Australia when we go to school we caught kangaroos outside of our house and rode the kangaroos to school and they all believed me totally.

Of course, it's very different now. When I am standing at lights waiting for the lights to change at an intersection, I've had people tap me on the shoulders and ask me for directions. It's a very different Tokyo.

So the situation is that, now in all of Japan we have about 2.8 million non-Japanese residents in the country that represents around about 2% of the Japan population and it has been growing consistently for the past 11 years even though the Japanese population has been shrinking.

So in the total of Japan, we have about 2.8 million foreign residents and about 20 percent of those live in Tokyo. It's interesting to note that in some areas of Tokyo like Shinjuku Ward where the Tokyo Metropolitan Government Buildings are located there are actually people from 124 different countries living in this Ward and they represent over 12 percent of the population.

And 25 percent of the population of Tokyo is now over the age of 60. For the non- Japanese community who are living here. The age group is much younger, many of them are in their thirties or forties. So we are seeing a much younger population of foreign residents coming to Japan and Tokyo.

I am not here to tell you that I think that Tokyo is the most advanced city in terms of diversity, it's still only a relatively small percentage of population. But already in certain areas - for instance, if you go to Okubo in Tokyo - there is a very large Korean population and it is a great destination for both the young and old to go to try Korean food to experience Korean culture. In a place called Nishikasai there is a very large Indian population. In a place called Takadanobaba, it is also known as little Myanmar having a very large population of people from Myanmar. So already in Tokyo, you are beginning to see these offshoots of communities of non-Japanese residents who are contributing to a much more diverse and cosmopolitan culture. But the much better things that you're seeing is, that many of the Japanese residents of Tokyo and surrounding areas are also coming to those places to share that cultural experience.

The other great part of about this diversity is that, of course over the years we've seen increase in the number of mixed marriages between Japanese and non-Japanese compared to when I first arrived. When I was born at the time of the last Olympics there were about 4000 couples. We're now about between 20,000 and 30,000 couples depending on the year. We've seen that the children of these marriages are really becoming very active in the sports scene as well. We have of course Naomi Osaka who is very famous and well-known, and we have a golfer, Yuka Sasao, we have a basketball player Rui Hachimura, Dede Bruno, Abdul Hakim Sanibrown. Many of them are participating in the Olympics as we can see diversity and contribution coming into sports as well.

The local government is providing a lot of support for the foreign community. For instance, the Tokyo Metropolitan Government has a number of consultation centers that are available in various different languages. They also have labor consultation services which are available in 11 languages to help members of the non-Japanese community to make a solid contribution through work into the community.

So the future I believe is even one of greater diversity. The Japanese Ministry of Land, Infrastructure, and Transport has predicted that the foreign and the foreign derived community in other words the children of those mixed marriages will be about 12 percent of the population in few decades, that is about equivalent to the number of foreign residents in a country like Italy or France. United States has 22 percent much higher but certainly we are going to see greater diversity coming into this great city.

Of course, diversity doesn't come without its challenges and from time to time we hear and receive reports of incidents. Because of various historical reasons Japan tends to take a binary view that is Japanese or foreigners. But of course, with this greater diversity, it would be needed to see into the community in an area, for instance, like Shinjuku. It is very hard to just describe as Japanese and foreigners and so we need to think about the non-Japanese residents of that community and so they need to be educated and the process that is ongoing to help the community at large, understand different ways of phrasing things differently. But they should be looking at things in order to ensure that diversity is also accompanied by inclusion.

This needs to be a two-way process. Australia is a very multicultural country and when I was growing up in Australia as an elementary school child, there was a program which allowed us the Australian kids to learn the languages of the immigrant friends that we had. In elementary school, I learned both Italian and Greek for a period. This was not to make me fully conversant in those languages but as a way of sharing the cultures that were around us.

Also during elementary school in grade 6, the government provided us with textbooks and it was part of our curriculum to teach an immigrant family English. So once a week I would go to the Lebanese family and teach them English.

I think it would be really great if even in Tokyo that for instance the young kids going to school in Shinjuku-ku were able to learn Chinese or Vietnamese or another language apart from English and also be able to help their friends and their friends' families to learn Japanese.

So as I said I am not here to tell you that Tokyo is the world leader in diversity but we are certainly beginning to see the roots of a very diverse community emerging within the population of Tokyo and even brought to Japan. And I look very much forward to the day when that diversity also become one of great inclusion because I believe that it will make Tokyo an even more fascinating place with much greater cosmopolitan energy around it. Thank you very much. 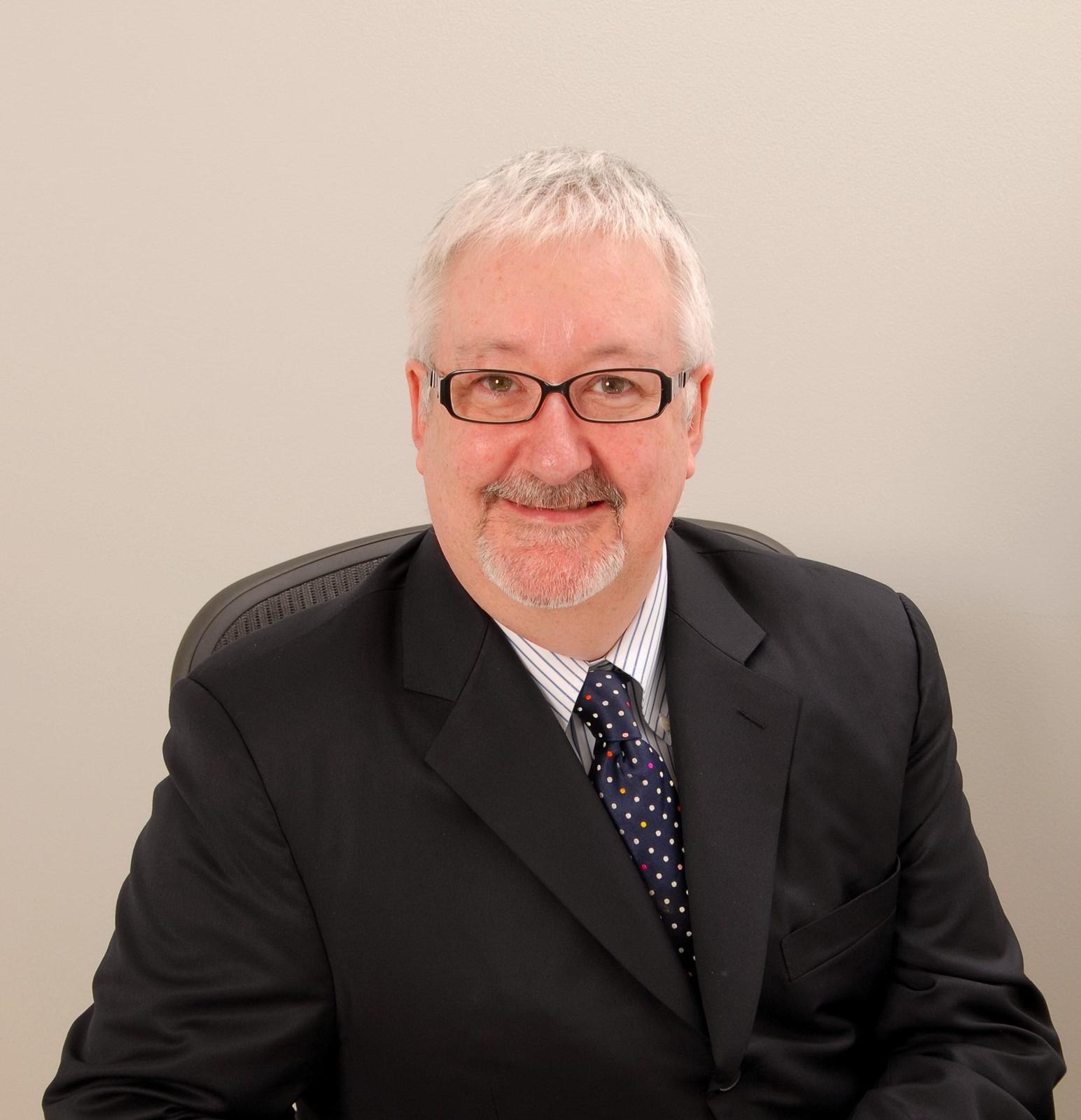 Ross Rowbury has been living and working in Japan for four decades. Originally starting his career in finance, he later moved into public relations holding executive positions at Gavin Anderson & Co (now Kreab,) PRAP Japan where he was Senior Managing Director and COO, and most recently as head of the Edelman operations in Japan.

Ross now works as an independent consultant, has a monthly interview series on sustainability with the Japan Times, is Visiting Professor of Asian Marketing at Kyoto's Doshisha University and a Board Member of suicide prevention NPO, TELL ( Tokyo English Life Line.) He is also studying to become a traditional Japanese storyteller, or "kataribe."