Will Crickets Save the Earth!? The Insect Gaining the World's Attention as a Food Source

It is said that our current food system is one of the causes of the crises the world is facing, including climate change, loss of biodiversity, exploding populations, poverty, and hunger. Under such circumstances, insects are attracting attention as a source of food that could save the earth as they are more efficient to produce than livestock, generate fewer greenhouse gases, and have high nutritional value.

Will Insects Be Our Savior Solving Global Food Shortages!?

While it is easy to imagine crickets and grasshoppers out in the wild, many people in Western cultures may feel weird when thinking of them as food. Now, however, insects are shedding this image and are on their way to becoming the world's savior in solving the global food shortages feared for the future.

One pioneer in the eating of insects is Uchiyama Shoichi, a researcher of insect cuisines. While he currently resides in Hino City, Tokyo, he spent his childhood in Nagano Prefecture where soy sauce and mirin-simmered tsukudani dishes, made from locusts, silkworm pupae, bee larva, and stonefly larva, are sold at supermarkets. While he did not enjoy eating them at the time, the idea that insects are food naturally took hold in his mind.

His eyes first opened to eating insects when he happened to attend an insect-eating event at Tama Zoological Park in 1998. He came to find out that more than 2,000 kinds of insects are eaten across various parts of the world and his interest was piqued. The following autumn, he went with a friend who was with him at the event to a riverbank, net in hand. They caught a migratory locust in the meadow, fried it on the spot, and ate it, impressed by its unexpectedly delicious taste.

"Out of all insects, migratory locusts are some of the strongest fliers and jumpers, with well-developed muscles in their chests and thighs. Their meat is lean with a nice texture and flavor. Females are big, filling, and their eggs are delicious, so I definitely recommend them," he says in a plain fashion.

What brought the topic to the world's attention was a May 2013 report released by the Food and Agriculture Organization of the United Nations (FAO) that recommended eating insects as a way to solve the world's food problems. Following this in 2018, the European Union (EU) authorized insects as a type of food for distribution in the region. The market for eating insects has expanded at a rapid pace across the US and EU, with even start-up companies emerging.

Major companies in Japan have also entered the market, with Muji releasing their Cricket Crackers in 2020 and Pasco's cricket baguettes selling out within two days of release. There has been a surprising increase in the number of restaurants offering insect-based dishes ranging from high-end to budget-friendly establishments, including ANTCICADA in Nihonbashi as well as Rice & Circus with several branches across Tokyo.

Uchiyama says that while there are not many opportunities to be exposed to insects in Tokyo, the city is full of people sensitive to trends and brimming with curiosity, leading to a dramatic increase in the number of people taking interest in the idea, especially in their 20s and 30s. More than anything, the sheer number of restaurants with insects on the menu is one reason why Tokyo is leading the insect-eating boom.

Uchiyama himself has held numerous insect-tasting events, with a total of more than 4,000 people participating. It tended to be perceived as a "weird food" event in the beginning, but now most people who come regard insects as a proper food.

Uchiyama says he hopes that eating insects will not be dismissed as just a trendy boom, but will take root, with insects as an everyday food on the dinner table. Insects are high in protein, rich in good fats (unsaturated fatty acids), a variety of minerals, and dietary fiber. Only 40% of cows are edible, while that number rises to 80% for crickets, meaning less waste. They can be raised on small plots of land with low volumes of water and emit almost no methane, carbon dioxide, or other greenhouse gases. Out of the 17 SDGs, eating insects is said to contribute to eight.

Longhorn beetle larva is often compared to the taste of fatty tuna, Asian giant hornet to that of blowfish soft roe, and bee larva to eel. "All of them taste better than you'd imagine. I want people to give them a try at least once." Solely in terms of market expansion, crickets are far ahead of the rest. They not only have impeccable nutritional value but are easy to eat without any unpleasant flavors, and above all are easy to farm. If costs can be reduced and a stable supply ensured, they will surely become even more readily available.

The global insect food market is forecast to reach 100 billion yen by 2025, up from 7 billion in 2019 (JMA Research Institute Inc.). A number of startups farming crickets have emerged in Japan, including Gryllus, originating from Tokushima University. The Ministry of Agriculture, Forestry and Fisheries also launched the Council for Public-Private Partnership in Food Technology in October 2020, promoting eating insects alongside lab-grown meat and other products as alternative sources of protein.

It seems it may not be long before crickets are on the family dinner menu.

Interview and writing by Kumano Yuka
Translation by Amitt 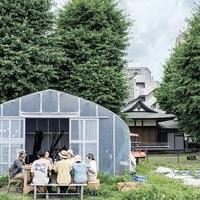 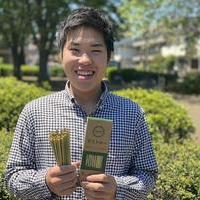