The Mission of JobRainbow, Japan's Largest LGBT Recruitment Board

Surveys show that sexual minorities, making up 8-10% of Japan's population, struggle to find work. We spoke with Hoshi Mariko about JobRainbow, the LGBTQ+ job board she launched in 2016 with her brother, Kento.

JobRainbow is a job board that connects LGBT-friendly companies with aspiring employees in Japan. It currently sees 650,000 visits per month, and its users are by no means limited to members of the LGBT community.

The site displays a "Diversity Score" for each company, an index measuring corporate initiatives across five different categories: LGBT-friendly, gender-equal, disability-friendly, multicultural, and childcare/nursing care supportive. Companies self-report on their efforts, which JobRainbow then investigates. By identifying corporations that are committed to diversity and sustainability, and posting their job openings, the site serves to help not only sexual minorities but also people with disabilities and other diverse groups of talent to play an active role in society.

Hoshi Mariko, COO of JobRainbow Co., Ltd. (Tokyo), the organization that runs the site, says that companies are welcome to post their openings even if their scores are not perfect in every category. "Different users take different stances on these issues and are looking for different environments. The scores are meant to act as a rough guide to enable users to choose the right place for them."

JobRainbow believes it is important to provide users with reliable information from a third-party perspective. That is why they also interview companies about their views on diversity and their related efforts, which they then post on the site.

"Our users are concerned about whether companies are just putting out an LGBT-friendly image for corporate branding purposes, or whether they're actually making substantive efforts. That's why we give specific examples of what companies are doing to help put these worries to rest. LGBT-friendly work environments also share a similarity with female-friendly work environments—they don't impose masculine or feminine gender norms."

It all started with a review site the siblings launched back in 2016. When Hoshi Kento, Mariko's younger brother and current CEO of JobRainbow, came out as gay during college, he and his group of LGBT friends began to share information from their respective job hunts. Mariko says that that was when she was first exposed to what members of the LGBT community really go through.

"Some people said they were met with discriminatory remarks, while others found comfortable work environments that embraced their coming out. So, we posted the names of those LGBT-friendly companies online and provided information on them. We started to get inquiries from people wanting to work at these kinds of companies, and at the same time, corporations interested in LGBT issues came to us saying they wanted to advertise jobs on our site. We saw a growing need from both sides, and that's why we decided to launch the job board."

JobRainbow currently has postings from about 300 companies. In the site's early days, most of these were foreign corporations and consulting firms including Starbucks, Lush, and IBM. Recently, however, the number of leading Japanese companies and small and medium-sized enterprises included on the site has been on the rise. One company, which for a long time consisted mainly of older, heterosexual cis-male employees, has reportedly seen an increase in employee motivation since it began hiring LGBT staff. "They said that there was a lot of opposition at first, but seeing one transgender person do an amazing job shattered people's prejudice. It was like a gust of wind that sent shockwaves throughout the company."

"For a company to be LGBT-friendly, they need more than just support from the top. They need to increase the number of LGBT advocates throughout their organization. That's why we'd like to offer free diversity training aimed at the wider employee base moving forward. Making sure that the environment is right once a person joins is key to success in recruiting LGBT employees," says Mariko, showing her enthusiasm. In its aim to create a society that respects people of different genders and sexual orientations, JobRainbow is proving itself to be a catalyst of change breaking down the walls of prejudice entrenched in Japanese society. 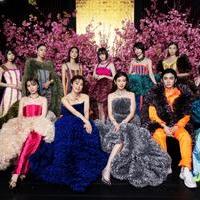 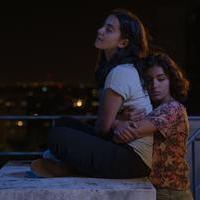 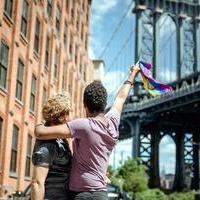 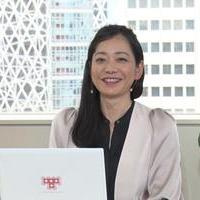