Culture is Essential Especially in Times of Social Exhaustion

The Edo-Tokyo Museum opened in 1993 with the aim of relaying the history and culture of Edo-era Tokyo. The popular museum draws in not only citizens of Tokyo but numerous visitors from around Japan and abroad. It has gained popularity from its permanent exhibitions featuring actual artifacts and elaborate models, special exhibitions planned with a variety of themes, "Edohaku Culture" Museum Seminars conducted by curators, and much more. We spoke with Assistant Director KOBAYASHI Jun'ichi, who has been involved in the Edo-Tokyo Museum since its basic concept came into bloom in the 80s.

"While the museum's basic concept started in the 80s, I don't think the idea behind it requires any major changes for adaption to the present. The study of Edo-era Tokyo stands as the museum's theoretic pillar. The museum studies the Tokyo region more in depth and broadly by taking a step into the academic fields related to history, art, folk customs, the performing arts, architecture, and the like in a cross-sectional and interdisciplinary way. This concept holds a great deal of meaning even today."

"The Edo Zone offers exhibits in a synchronous manner while the Tokyo Zone, on the other hand, is more diachronic. The Edo Zone was put together based on nine themes, such as Edo's urban planning, city life, publication and information, and commerce. It uses actual artifacts, precisely recreated models and items, and more to let visitors comprehensively understand the aspects of Edo. Meanwhile, the Tokyo Zone illustrates the kind of transitions Tokyo underwent as a city experiencing the devastation of earthquakes and war as well as the facets of common city dwellers' lives through a timeline spanning the Meiji, Taisho, and Showa Periods and the generations therein."

The Hardships of Gathering an Incredible Collection and Its Thorough Management

The museum's collection boasts a fantastic number of some 620,000 pieces like real-life artifacts and books, but the act of gathering those resources was quite a struggle.

"The Edo-Tokyo Museum started with a collection of absolutely nothing. We began collecting a wide array of items, such as artwork like folding screens, ukiyo-e prints, and traditional crafts. But what we had the hardest time with was collecting items from everyday life already thrown out by people due to the appetite for new goods during Japan's period of high economic growth. When asking for donations from the citizens of Tokyo, a lot of them told us they would have still had something to give us if we had come to them ten years earlier. Things that people had actually used in their day-to-day lives, like pots, caldrons, and goods from the early days of electric appliances, were essential for our exhibitions. So, why was it so difficult? Because even the manufacturers of those kinds of products back then didn't save them, not to mention the typical families that owned them (laughs). Consumption was a virtue of the period of high economic growth to the bubble period."

During that era, refuse collection agencies reported having sometimes found valuable items in the bulky refuse collected. Desperate times call for desperate measures, and so the incredible collection pieces were obtained through such means and given individual barcodes for thorough management with their loan conditions and restoration status documented. The Edo-Tokyo Museum has also been planning a large-scale renovation to the establishment from 2022 with a subsequent reopening.

"Our museum employs the six aspects of materials, exhibition, education, management, research, and exchange in its basic policy of relaying the history and culture of Edo-era Tokyo. A museum is run by a diverse staff, such as curators and office employees, and at this museum, each of us reexamines the work we do and will reflect that understanding in the museum's business plans after the renovation."

Reconsidering Ourselves Once Again

Will the recent COVID-19 pandemic and declaration of a state of emergency have any impact on the museum after its renewal?

"The current COVID-19 outbreak has served as an opportunity for all of us to once again reconsider ourselves as a museum. I think that goes not only for us but for a lot of the history and art museums around the world. Here's just one example: The exhibitions up until now which draw in hordes of people and require a two-hour wait for admission--what we often refer to as "blockbusters". Such circumstances will become less than desirable. Some might even say that you don't need a history or art museum to show an exhibit, but I don't think so. Culture is what makes humans human. There is actually a lot that is asked of museums in order to maintain that source of humanity, especially in these times of social exhaustion, and we need to respond to that social demand. We wish to pursue an even further heightened level of quality in all of our undertakings with a new point of view. During the state of emergency declared in April 2020, we were forced to temporarily close our doors for about two months, but after we opened back up, visitors were ecstatic. Some were even in tears."

The Edo-Tokyo Museum will also be initiating projects concerning the challenges of information dissemination.

"When we shut down for the renovation work from 2022, we plan on digitizing all of the pieces we have gathered in our collection to date. With the collection reorganized in a digital format, we aim to make those exhibits available to search and view by people around the globe."

Assistant Director Kobayashi has great expectations with digital archiving, telling us, "We will be able to conduct even more examinations and research to delve further into the Tokyo area's history and clarify the identity of all of us living here."

Along the museum's journey of reconsidering itself, it is also now proactively working on exchange with other museums overseas. While the special Ancient Egypt -- The Creation of the World exhibition, open 2020-2021 (closed on April 4, 2021) , showcases the collection from the Egyptian Museum of Berlin in Germany, the Edo-Tokyo Museum is also continuing toward an even richer exchange with the museums in Tokyo's sister cities of Cairo, Seoul, Beijing, and those of the Americas and Europe.
Through the International Council of Museums (ICOM) and other such organizations, the Edo-Tokyo Museum is also proposing more active exchange with museums in other cities around the world.

"We are delving further into our roots, the region of Edo-era Tokyo, and will work harder than we ever have before to expand outward and proactively relay our material abroad. To put it another way, I believe working in two directions is important.
"Even so, globalization has been pinned as the cause of this pandemic, and as the cultures of different regions globalize, I think that important and distinct cultures are being swept under the rug. An accurate recognition of globalism's pros and cons is essential. We are able to offer our understanding of a different kind of culture through the museum's collection, and digital archiving becomes an effective tool in doing that too. With a very high amount of interest in the history and culture of Edo-era Tokyo, the Edo-Tokyo Museum collection is incredibly valuable, with its 620,000 real-life artifacts."

The Edo-Tokyo Museum was confronted by large issues related its operation too due to COVID-19's spread and the declaration of a state of emergency. During the interview with Assistant Director Kobayashi, he mentioned "taking another look at everyday life" when talking about not only shutting down due to COVID-19 and later reopening but also making digital archiving one of the measures to be taken in the renovation. It was impressive hearing him say this as the Edo-Tokyo Museum focuses on the daily lifestyles of those who lived in Edo-era Tokyo, and through its operation, Kobayashi has gained in-depth insight into the circumstances surrounding our everyday lives. Lastly, we asked him about events to come...

"While the museum is closed, we'll be preparing for the projects that come after the renovation. One example is the "moving museum" we're considering. Our curators will go out to a variety of locations like facilities for seniors, elementary and junior high schools, free schools, correctional institutions, and more, taking the Edo-Tokyo Museum collection with them. Then, we also want to let children create special exhibitions using their own hands. Children could experience the work of a curator firsthand to broaden their understanding of museum activities. I actually got the idea from watching that TV program, Kasou Taishou (laughs). It really is an exciting time." 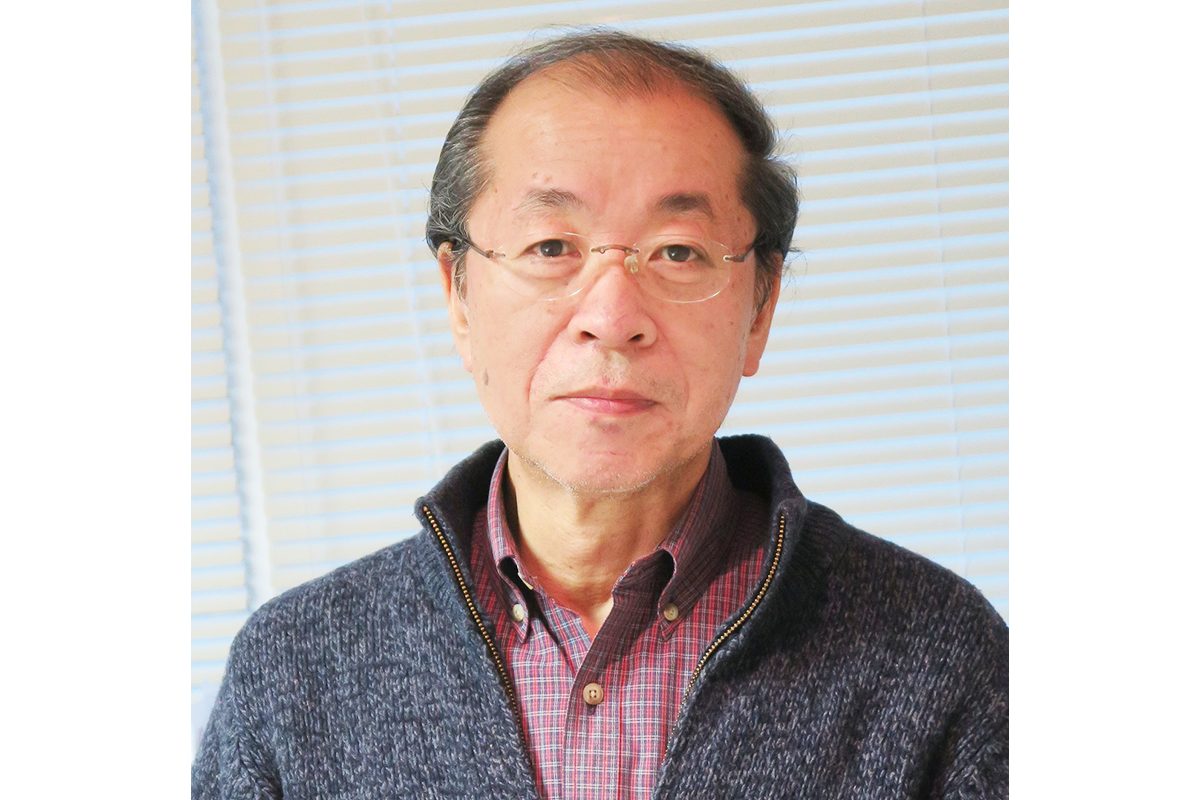