Never Too Old to Learn Something New

While many of her contemporaries may have retired and withdrawn, 86-year-old programmer Wakamiya Masako continues to boldly widen her sphere of influence.

Traditionally, being settled into the rhythms and patterns of life is a relatively common tendency for people in their late fifties. For Wakamiya Masako, a new journey was just beginning at the age of 58 (she is now 86) when she bought her first PC. After retiring, she spent a lot of time at home caring for her mother, often spending a few days in a row not being able to see or speak to anyone. Her PC became a way to connect with the outside world, and this opened a portal to a new life, new friends, and eventually, having the ear of Apple's CEO, Tim Cook.

Since buying her first PC, smartphones have become more widespread and have changed the lives of everyone significantly. Although she was able to fully embrace this new technology, she soon realized that it was difficult for older people to operate touchscreens. Sliding fingers across a screen is a rather difficult motion and is not as intuitive as it is for younger generations. After further research, she noted that there were no apps that really appealed to a whole generation of society. She could not do anything about the functions of the phone, but she could develop an app.

Apps can be made by anyone regardless of age, says Wakamiya. All you need is a program flowchart and help with coding. So, with help from an acquaintance, she built the app Hinadan (meaing multi-tiered doll stand): a game requiring familiarity with a traditional Japanese festival, Hinamatsuri. The app focuses on knowledge rather than speed, an area in which older people often excel over the younger generation.

Her journey kicked off after Hinadan was approved on Apple's App Store in February 2017. It was covered by a major television station in the United States and spread across media in over 40 more countries. It was not long before word spread to Tim Cook, who reached out with an invite to Silicon Valley.

At first she was hesitant, but persuaded herself with the idea that the experience could ultimately be beneficial for people of her generation. After all, she thought, Apple builds their own tech, and if she could have access to the president, then she could possibly influence their product design. Improving the lives of others has always been her main goal. As a senior citizen, she recognizes that the older generation needs extra help and time to better understand and utilize technology. This is a unique perspective that she has to offer.

The Tokyo Metropolitan Government (TMG) has been implementing various initiatives to bridge the digital divide between the generations in recent years. Consultations and classes are being organized in order to help seniors better understand the settings and functions of their smartphones. Also, in partnership with local authorities and NPOs, ways to make various legal services accessible online are being trialed.

Having lived and worked in Tokyo for the majority of her life, Wakamiya wants to promote all the positive aspects of the city to the world at large. She believes that both the TMG and local initiatives play a vital role when it comes to fostering community spirit, and engendering a more connected, cohesive society in the future.

Being able to use computers and technology is crucial to this social development, she opines. As well as continuing in her position as vice-president of the Mellow Club--a website with an online community that offers IT training to seniors, which she has been involved with for over 20 years--she plans to use whatever time she has left to continue as a member of the national government's Digital Reform Related Bill Working Group, assisting older people with technology and making sure that, in her own words, "No one is left behind." She believes that one should dismiss the notion of being restricted by one's age or gender. At the same time, "Skills are not the only important thing. One has to have the desire to help people."

With programming becoming more user-friendly, Tokyo is making strides in the actualization of a digitally literate society in all demographics. Wakamiya Masako will never be too old to help drive this change. 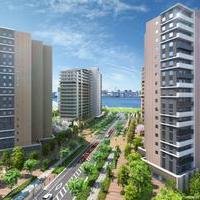 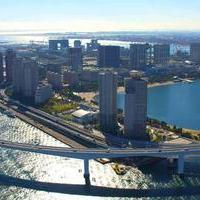 ENVIRONMENT
The Green City of the Future 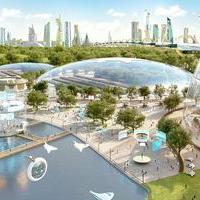